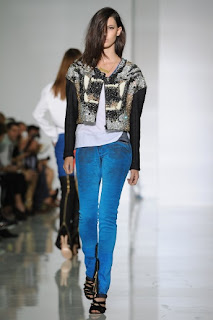 The NY Times was uninspired by rapper Kanye West's new clothing line, which debuted this past week in Paris. 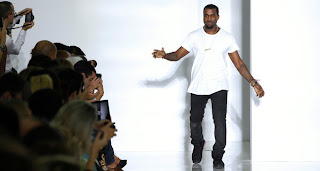 "His show was described by those who attended as, at best, a disappointment, and yet the rapper could be found almost everywhere during Paris Fashion Week defending himself." The Times reported.
I thought he made a nice attempt. Better than some other celebrity fashion lines.... And Kanye seems to have always had an ability to set trends. Patience my friends... Something tells me he wont be giving up that easy.
So what do you think of the collection?
Kanye West clothing line