Alex Genadinik is 'Kissed by a Song'

FILM REVIEW: Dex Franco Hits His Mark with 'His Voice'

Up Next: Fatimah Mingo

Dezvelkito Takes Us on a Lovers Rock “Hiri” with the Release of New Single, “U Make Me Wanna Cry”

ALBUM REVIEW: Ninth Avenue Releases Debut Album, 'Something Else For Me'

I hope she's good at other stuff because fashion design is not her forte. Jim Jones and his fiancé may have moved too fast trying to expand his clothing line, Vampire Lyfe, to include a ready to wear women's line. On the latest episode of Vh1's "Chrissy and Mr. Jones" Chrissy tells rapper Jim Jones that she wants complete creative control over lady Vamp. I think that was a bad idea... The shirt, shown above was handmade in the USA...this tank has an open back and  was hand-designed by Chrissy herself. (We can tell) Despite it looking like an eight grade project, the  Lady Vamp Fang Tank is on sale on the website.  They describe the shirt's body as a super soft cotton blend jersey with a draped open back to amplify your curves. The contrast mesh fangs that drip from the neck make this tank dangerous...(and hideous). Below it's worn on a "model". The shirt also comes in grey. And if shirts weren't enough, they 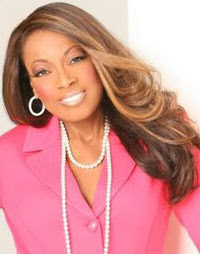 It seems nowadays Hollywood celebs are looking for every way possible to exploit their popularity for financial gain. One of the ways that Black female celebrities have used recently is the wig line. Top Five Celebrity Wig Lines Star Jones:  Celebrity Wig Line - Star Jones Collection Star Jones, former co-host on The View, was the first celebrity that I can remember coming out with a wig line. It was sold at especiallyyours.com . Unfortunately I think Star has stopped making the wigs. We scoured the web to see what we can find but came up with very little. But i don't think that you can mention celebrity wigs and not mention Miss Star Jones. She really created the road map for other black women to follow. Wendy Williams:  Celebrity Wig Line -  W endy Williams™ Hair World™ Easy Breezy Wig by Wendy Williams™ Hair World™ Talk show host, Wendy Williams is know for her beautiful wigs. She even runs themes on her show like 30 wigs in 30 days. And she give he 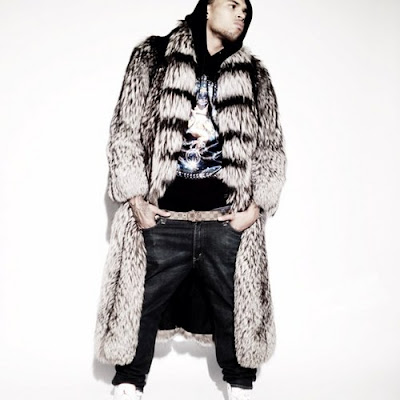 Chris Breezy completes his casual look, which consists of a black hoodie, Louis Vuitton Damier Collection belt  and a pair of jeans, by donning a fur coat. C.Breezy has revealed what is believed to be the first promotional picture for his next studio installment "Fortune". Posting the new stylish image on his Twitter, the R&B singer is seen rocking a dope but I'm sure controversial with PETA full-length fur coat on top of his black hoodie, LV belt and jeans . Chris Brown 's latest look suggests his fashion game remains proper; he is staying true to his image as an urban style icon... While it's unclear whether the fur is real, if it is, Breezy might have to prepare himself to answer a complaint letter from PETA. The animal rights organization recently sent one to Dr. Dre after the Hip-Hop mogul launched fox-fur headphone. Two days before unveiling the picture, Breezy posted a link to his new song with Kevin McCall , "Mona Lisa". He fo