Addidas Releases and then Pull Back Controversial 'Shackle' Shoes 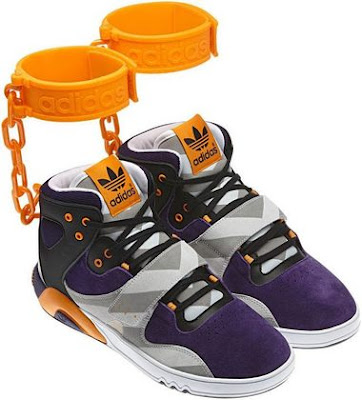 The design, by young shoe designer Jeremy Scott, features a plastic set of shackles. Initially it was met with disbelief, then fury, especially in online arenas. On Twitter, the shoes were labeled "Adidas slave shackle kicks." Talk of a boycott arose.
While Adidas defended the shoes as the handiwork of a whimsical designer, by early evening, the shoe giant found itself in a public relations nightmare and announced that it had made a mistake.


What do you think of the kicks? Are they insensitive?