Posted by Filthy Riché on June 29, 2020
Gospel artist, Christopher Bender's new single, "Glad In It,"  is set to drop on July 24th, and it is powerful! I got to take a listed before it is officially released to the public and I was so encouraged by the songs inspiration message and the singer's joyful spirit. 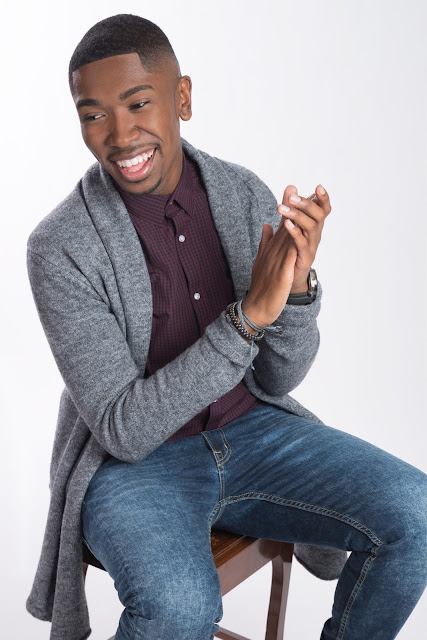 Born and raised  Brockton, Massachusetts in a single parent household, Christopher was surrounded by a loving and God-fearing environment. With a foundation built on the love of God, Chris grew up watching his family serve and operate in ministry. At the age of seven, Chris felt compelled to know Christ as his personal savior. 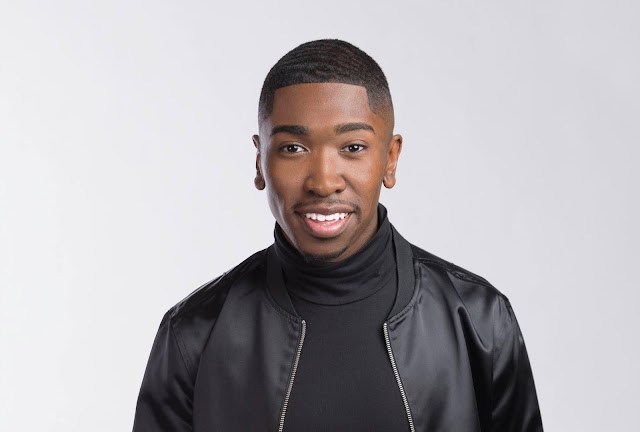 By the time he was thirteen, Chris knew that his purpose was to minister through worship, leading Chris to where he is today, sharing the love and gospel of Christ to the world. Chris has been
privileged to minister alongside some of Gospel’s most influential such as Shirley Caesar, Donnie McClurkin, JJ Hairston, Fred Hammond, and Israel Houghton just to name a few. He has also been
favored to work with Rashad McPherson (Featured on “You’ll Live, Not Die”, 2015), Ayana McDonald, David Altenor (Featured on “We Praise You”, 2015), Amante Lacey (Featured on "Alive", 2016), and Matthew Greaves (featured on “Great is Yahweh”, 2017). He was also recognized for winning the 2014 “Artist of the Year” Angelic Award in the winter of 2014 and “Best New Single” Eddy Award in the winter of 2019 for his first single, “More of You”. Chris has since released his sophomore single, “The Blood Song” which debuted at #22 on the Billboard charts.
What artists have inspired you?

Some of my greatest inspirations come from the first three records I purchased with allowance money as a young boy. Mary Mary “Thankful”, Dr. Judith Christie McAllister “Send Judah First” & Pastor Donnie McClurkin’s “LIVE in London”. Those three records taught me indirectly a lot of what & who I am today as an artist. Mary Mary taught me that it was okay to be outside the box and current while maintaining the integrity of the Gospel. Pastor Donnie taught me how to paint a picture while ministering music & its importance to captivate the room not solely with your talent but with the message. Dr. McAllister taught me how to always acknowledge the presence of the Lord as a Worship Leader even when in the professional music Realm.

You have a unique fashion style. How would you describe your look? What influences it?

Well, thank you firstly! I don’t consider myself as a fashion guru. Actually one of my closest friends and professional stylist Esther Bernard from Boston, MA puts all of our gear together. She inspires & pushes me into a space of evolution with the respect to my reserved taste and style. She is incredible! But my look I believe can be considered one for the “modern church boy”.

This year has not turned out the way most would have expected. How have you been impacted personally and creatively by the pandemic?

Well as every other creative in the world, it--for a moment--put a very dark hold on my productivity. My staff and team of volunteers were put on a leave of absence , months of engagements cancelled , thousands of dollars lost. It was pretty saddening to experience. However , as a creative it is my job to “Create” in even the darkest of times. And that Is what I have done! I have surprised myself with the amount of drive that I have tapped into over the past 4 months. It has given me a new level of hope , pride in my capabilities & trust in God.

I'm seeing protests all over the work to end systemic racism inspired by the death of George Floyd, Breonna Taylor, and the #BlackLivesMatter movement. What are your thoughts on the protests and the current racial climate?

I believe that this age long fight is not ever to be won unless the perspective of our world changes on racism. It is still present and needs to be addressed and ended. For those that are struggling to understand its importance, I would advise them to come out of your own ideologies and teachings. I think those that again are struggling to understand the dire need for change haven’t tried to live in another human being's shoes that doesn’t look like you. #BlackLivesMatter

What is your dream musical collaboration? Why?

My dream musical collab would have to be R&B Phenomenon Brandy. Brandy is absolutely incredible and has shaped the worlds of a lot of up and coming artist and how they approach music, and I just feel like it would be so amazing for her and I on stage or on a project together.

What advice do you have for independent artists that may just be starting their journey?

My advice would be 3 fold:


Chris's desire is to see to it that the believers of God are instructed on the essence of vertical worship & ultimately placed before the presence of our Almighty King.
Be sure to download, stream, and share "Glad In It"
Chris Bender Christian Music Christopher Bender Glad In It Gospel