Posted by Filthy Riché on July 24, 2020
The song Crooked Crown drops some fire and fight "in two" our "minds". Its powerful lyrics are so appropriate in this year of reflection and the social and political climate that is bubbling up worldwide. 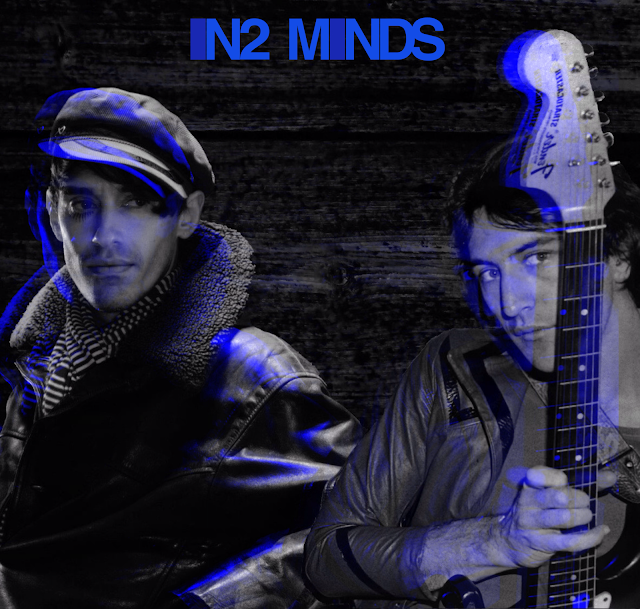 In Two Minds is a singer-songwriting duo.  The band's two members are from Sydney and Byron Bay. In Two Minds is made up of Ray Goodwin (known for his time in famous Aussie/NZ Rock band Dragon and later John Paul Young & The All Stars) and Pasko Schravemade (Keyboardist for didjeridoo player Charlie McMahon). In Two Minds is all about fresh harmonic progressions, timeless melodies and unique band feel.

Their new single Crooked Crown looks with hope to a future guided by Indigenous knowledge, where land and resources are sacred treasures, not just commodities to be possessed or exploited. The song has a rhythmic and soulful vibe. Its words are unifying and progressive--smoothly and harmoniously shedding light and bringing life to the fight of the Indigenous populations of Australia and New Zealand.


Ray Goodwin wrote much of the lyrics in Crooked Crown. His ancestors were Tongans on one side and Scottish immigrants to Lutriwita (Tasmania), surveyors working for the Crown whose duties in the Colonisation process saw the Indigenous owners tragically dispossessed. Ray’s active association with the Coloured Diggers Memorial, with Ray Minniecon and the Babana Men’s Group are integral in his musical efforts to right wrongs and shine a light in the interests of national harmony.


Aboriginal Elder Ray Minniecon’s striking voice is heard at the beginning of ‘Crooked Crown’ saying, ‘All have the same blood surging through our veins, all called to steward, to care for sacred space’. It is a call for one and all to realise our responsibility to our world and to each other.

Front man for In Two Minds, Pasko Schravemade recently worked with Charlie McMahon and the Falzon brothers on the music for the Outback Brothers TV show which recently aired on Australia’s Channel 9 network. During production of the show, Pasko was struck by the extremes of the outback and how Aboriginal groups like the Pintupi thrived using only their traditional knowledge of the land.