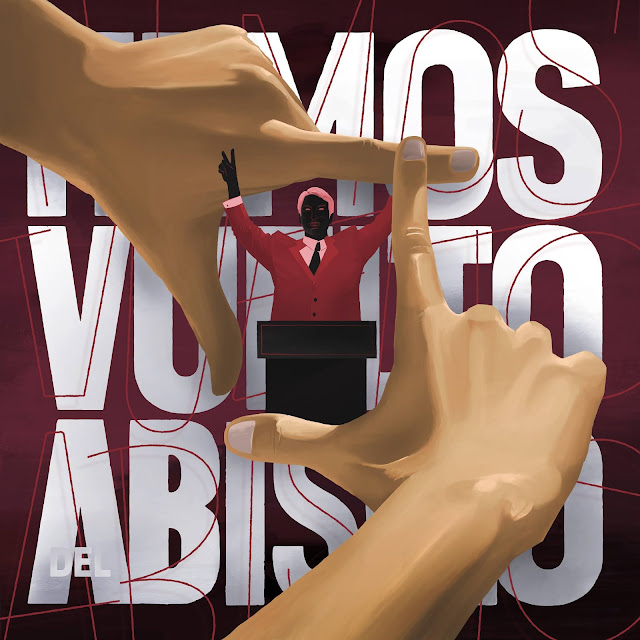 Como Asesinar a Felipes, also known as CAF, is an award winning Chilean music group. They have distinguished themselves in their native country for the past 13 years as a band without compromise. They just dropped a new single entitled "Hemos Vuelto del Abismo”  which translates to "We have returned from the abyss."  It's from their upcoming new album MMXX  due out October 16.
The track has a dope, classic rap vibe. The samples are sick, the flow is heavy, and the beat is soulful. I really like the Mixhell remix!
Listen here: https://open.spotify.com/track/1u9HIR7Iv1NwxRBt623XDG

CAF was formed in Santiago in 2006 and is made up of Koala Contreras (voice), Cristian Gallardo (sax, flute), Felipe Metraca (drums) and SebaBala (bass DJ Sp@cio: samples, scratches). They have released 8 unconventional, but brilliantly arranged albums. They began and continue as a five-piece ensemble that draws from an eclectic range of hip hop, rock, classical and jazz, interpreted through a signature that is uniquely their own: saturated, technicolor hues of sound painted on a dark psychedelic canvas, against a backdrop of post-Pinochet Chile.

The band last album “Naturaleza Muerta” (2019), elevated them even further in the Chilean scene, as an inspirational and ground-breaking act. They dominated Chile’s prestigious Pulsar Awards of 2020 by winning both “Album of the Year” and “Best Urban Act”. Considering that their competition was against the country’s most commercial performers, it was nothing short of a David vs. Goliath victory. The album notably featured the track “Disparan (Fill the Skies)”, a collaboration with Deftones’ Chino Moreno.

It is on the heels of this achievement, and in the midst of serious national unrest, that sets the stage for “MMXX” (Potoco Discos / Koolarrow Records / PIAS), a new step in a career for which challenge and change is the band’s religion.

You can learn more about CAF on IG: https://www.instagram.com/operacionCAF/