Posted by Filthy Riché on September 13, 2020
Last week, I came across the refreshingly hip blues band, Izzie's Caravan.  They just released a new single entitled "Roadkill Rita", an authentic indie blues/rock track. It has the sound and vibe of a smoke filled dive bar where musicians hang out when they want to hear real live music. In September 2020, Izzie’s Caravan kicked off a “10 for 10” release schedule, releasing one single per month, from their upcoming full length, "Blow The Lid". If "Roadkill Rita" is just a first bite, I'm sure you'll be wanting more.
Izzie started his musical journey by forming a 3-piece band, The Deep Impactors, in 2004. Years later, becoming disillusioned by the music industry, Izzie took a decades-long respite from guitar. 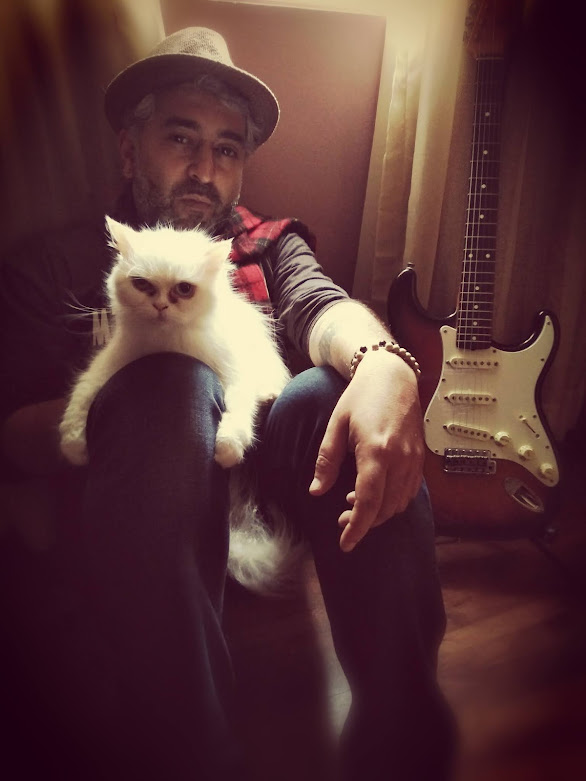 He eventually returned to the instrument he loved, just a few years ago with Izzie’s Caravan, a blues-rock outfit with an international flair that can trace its roots directly to Dire Straits’ massive hit, “Money For Nothing.” Guitar and vocalist, simply named, “Izzie” recalls: “Those powerful drums followed by that insane guitar riff had such a profound effect on me, after that, I always knew that guitar would have some part to play in my life.”
The band is comprised of Izzie (Guitars, Vocals, Bass), Rob McLean (Keyboards, Hammond), Sim (Vocals, Rhythm Guitars), and Roque (Bass).
Referring to himself as a “poor man’s Buddy Guy or Lightnin’ Hopkins,” Izzie cites bands like Led Zeppelin and Aerosmith as early influences, followed by later guitarists like Izzy Stradlin and John Frusciante. But, it was the blues of Stevie Ray, Clapton, John Lee Hooker, Johnny Winter, Muddy Waters, and of course, Buddy Guy, that inspired Izzie’s return to music. 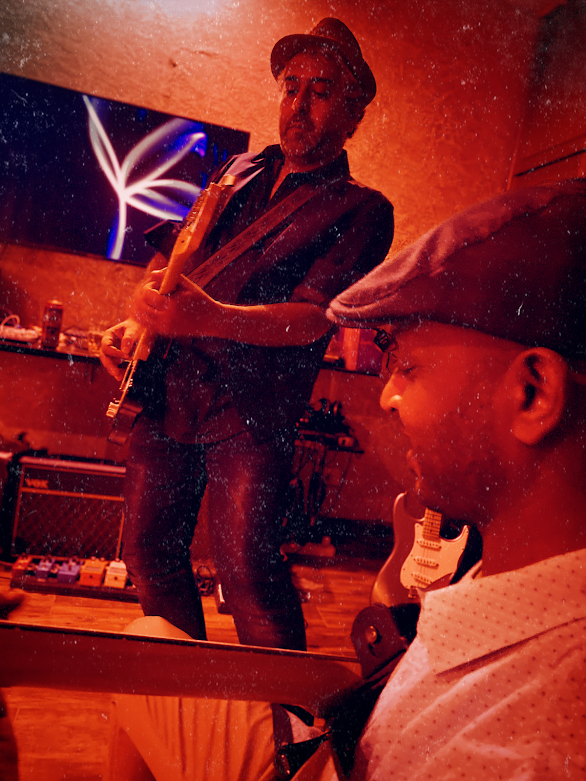 In December of 2019, Izzie’s Caravan released the EP, Leo’s Guitar, followed by the February 2020 EP, Zephyrs. Izzie’s next EP, titled On The Pull was released June 17, 2020. The first single, “Drownin’ Man’s Blues” hit #1 on the iTunes South Africa blues chart.

What artist/band has been the biggest influence on your sound?

Hi there. Glad to be here. Growing up I was really influenced by Aerosmith, Led Zeppelin, The Stones…Now that I reflect back on it, I guess I was always drawn to the blues-based rock bands. However, we very eloquently describe the sound of Izzie’s Caravan as the musical child of early-Aerosmith and Johnny Winter. Our last record, On The Pull’ was heavily influenced by Johnny Winter because to me no one merged the blues and rock as well as he did.

How has the pandemic influenced your creative process this year?

I think it forced us to be creatively productive. In 2020 alone we’ve released ‘Leo’s Guitar’, followed that up with ‘Zephyrs’, and then ‘On The Pull’ in June. Having three EPs behind us, we knew we were locked in so we had to have a thick skin, be positive and we’re back in the studio working on and simultaneously releasing tracks from our next album ‘Blow The Lid’ which will release in 2021. However we’ve launched our ’10 in 10’ campaign where we’re releasing a new single of the album every month for the next ten months. All fans have to do is visit www.izziescaravan.com and download the songs for free!

I would retire from the music industry in shame and never look back if I ever became a one hit wonder! I think being in this industry today is extremely challenging because its very difficult to be the signal from the noise and reach our market which are rock fans. However, we’re very stubborn in maintaining our identity as a blues-rock band and we realise we’re underdogs but thats just the way we like it. Every song we write and record means something special to us and so we’d rather have an extensive catalogue and reach out to the fans who appreciate us rather than be flavour of the month for a million people. To us this is a lifestyle and we’d live it on our terms.

Develop a thick skin and a whole lotta patience. Build your personal empire of music from the ground up even if it takes time…one fan at a time. It’s a world of harsh and arbitrary opinions,  but reach out to the people who appreciate your talent and those are the voices you should only listen to.