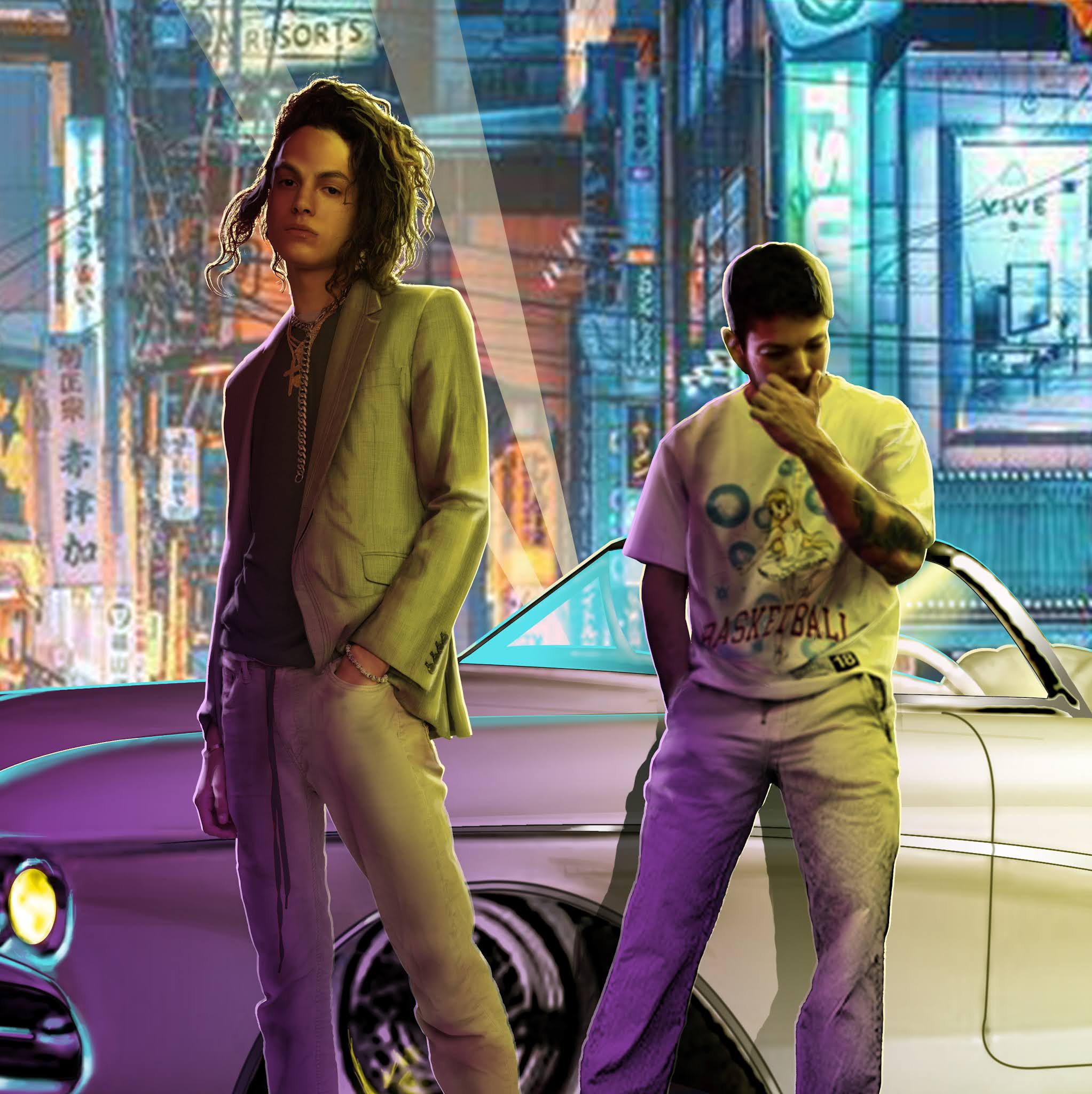 The ET Boys and their new-age, dope sound are back at it with their second release of 2021. Entitled Something Love,  its a dreamy Nu Pop love song by the two Latino brothers named Tacboy and Sharkeyes. The new single drops fresh off the griddle after their first smash release, “Sober.”

The ET Boys have their own sound which can be best described as Nu Pop Melodic Rap, and you can hear the innovative sound throughout the track. Its a chill, melodic vibe that is complimented by the duo's laid back lyrical style. Easy going and futuristic are how I'd describe Something Love. There's a cool trap like beat with that signature high hat sound that pulses this song along.

Tacboy, a signed model for the top modeling agency in the world, IMG, sings with a freedom and a look that evokes the channeling of Jim Morrison.

Sharkeyes provides all the tracks for Tac to create upon. Sharkeyes tunes are distinguished by a variety of influences, his own personal drum beats and interplaying melodies.
"Take a stand, and tell me the truth. You like me; well I like you too..."
“These sounds can not be forced into creation but rather are born from the bonds of brotherhood,” explained Sharkeyes. This is young, fresh, nu music - the ET Boys Nu Pop sound.
ET Boys melodic rap Music Review Nu Pop